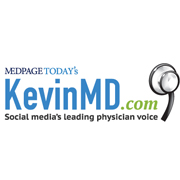 He was the go-to sports guy in Washington, DC. A masterful surgeon with countless academic publications, he trained orthopaedic surgeons across the world and was the top physician for professional sports teams and Olympians.

Dr. Benjamin Shaffer had it all.
Yet Ben was more than a stellar surgeon. He was a kind, sweet, brilliant, and sensitive soul who could relate to anyone—from inner-city children to Supreme Court justices. He was gorgeous and magnetic with a sense of humor and a zest for life that was contagious. Most of all, he loved helping people. Patients came to him in pain and left his office laughing. They called him “Dr. Smiles.”
Ben was at the top of his game when he ended his life. So why did he die?
Underneath his irresistible smile, Ben hid a lifetime of anxiety amid his professional achievements. He had recently been weaned off anxiolytics and was suffering from rebound anxiety and insomnia — sleeping just a few hours per night and trying to operate and treat patients each day. Then his psychiatrist retired and passed him on to a new one.
Eight days before he died, his psychiatrist prescribed two new drugs that worsened his insomnia, increased his anxiety, and led to paranoia. He was told he would need medication for the rest of his life. Devastated, Ben feared he would never have a normal life. He told his sister it was “game over.”
Ben admitted he was suicidal with a plan though he told his psychiatrist he wouldn’t act on it. Ben knew he should check himself into a hospital, but was panicked. He was terrified he would lose his patients, his practice, his marriage, and that everyone in DC — team owners, players, patients, colleagues — would find out about his mental illness and he would be shunned.
The night before he died, Ben requested the remainder of the week off to rest. His colleagues were supportive, yet he was ashamed. He slept that night, but awoke wiped out on May 20, 2015. After driving his son to school, he came home and hanged himself on a bookcase. He left no note. He left behind his wife and two children.
I feel a kinship with Ben, partly because I used to suffer from chronic anxiety that I hid under academic achievements, but mostly because I’m a cheerful doctor who was once a suicidal physician too. In 2004 I thought I was the only suicidal physician in the world — until 2012 when I found myself at the memorial for our third doctor suicide in my small town. Despite his very public death, nobody uttered the word suicide aloud. Yet everyone kept whispering “Why?” I wanted to know why. So I started counting doctor suicides. Within a few minutes, I counted 10. Five years later I had a list of 547. By January this year, I had 757 cases on my registry. As of today that number is 1,013 (Keynote delivered at Chicago Orthopaedic Symposium reviews data and simple solutions to prevent doctor suicides).
High doctor suicide rates have been reported since 1858. Yet 160 years later the root causes of these suicides remain unaddressed. Physician suicide is a global public health crisis. More than one million Americans lose their doctors each year to suicide — just in the U.S. Many doctors have lost several colleagues to suicide. One doctor told me he lost eight physicians during his career with no chance to grieve.
Of these 1,013 suicides, 888 are physicians, and 125 are medical students. The majority (867) are in the USA, and 146 are international. Surgeons have the greatest number of suicides on my registry, then anesthesiologists.
…
Lire la suite sur www.kevinmd.com