Burnout, work-related stress is on the rise, costing society over €9bn 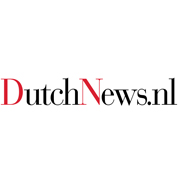 Burnout is an increasing problem among the working population and work-related illness is costing society some €9bn a year, according to a new report by the TNO research institute.

‘Employers have an increasing number of tasks but less say and this is translating into a rise in burnout complaints,’ the organisation said on Thursday.
‘But despite having worse working conditions, call-out and temporary staff have considerably less burnout problems than workers on permanent contracts or who are employed via staffing agencies.’
Approximately one in four sick days is due to psychiatric problems, stress and burnout the institute said. The figures relate to 2017, when the absentee rate was around 4%, in line with the 10 year average.
In total, just over 16% of the 8.5 million people in work – both as employees and self-employed – experienced burnout related complaints in 2017, compared with 11% in 2017.
Via www.dutchnews.nl