“The Workplace Is Killing People and Nobody Cares” 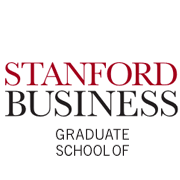 Jeffrey Pfeffer has an ambitious aspiration for his latest book. “I want this to be the Silent Spring of workplace health,” says Pfeffer, a professor of organizational behavior at Stanford Graduate School of Business. “We are harming both company performance and individual well-being, and this needs to be the clarion call for us to stop. There is too much damage being done.”

Dying for a Paycheck, published by HarperBusiness and released on March 20, maps a range of ills in the modern workplace — from the disappearance of good health insurance to the psychological effects of long hours and work-family conflict — and how these are killing people.

Pfeffer recently sat for an interview with Insights. The following has been edited for length and clarity.

I was struck by the story of Robert Chapman, CEO of Barry-Wehmiller, standing in front of 1,000 other CEOs and saying, “You are the cause of the health care crisis.”

It’s true. He takes three points and puts them together. The first point, which is consistent with data reported by the World Economic Forum and other sources, is that an enormous percentage of the health care cost burden in the developed world, and in particular in the U.S., comes from chronic disease — things like diabetes and cardiovascular and circulatory disease. You begin with that premise: A large fraction — some estimates are 75 percent — of the disease burden in the U.S. is from chronic diseases.

Second, there is a tremendous amount of epidemiological literature that suggests that diabetes, cardiovascular disease and metabolic syndrome — and many health-relevant individual behaviors such as overeating and underexercising and drug and alcohol abuse — come from stress.

Has this connection always been there, or has there been an evolution in workplace culture that got us to this point?

I think the connection as just described has always been there, because the physiology and etiology of disease have not really changed. But I would say that with all the evidence I’ve encountered — and it’s not perfect evidence — I’ve seen nothing inconsistent with the statement that the workplace has generally gotten worse.

I look out at the workplace and I see stress, layoffs, longer hours, work-family conflict, enormous amounts of economic insecurity. I see a workplace that has become shockingly inhumane.

You reference professor Nuria Chinchilla [of IESE Business School], who describes this as social pollution. What does that mean?

She has said that the real inconvenient truth is not just that there is environmental pollution, which there certainly is, but that there is also social pollution. The work hours that companies are demanding of their employees are causing the breakup of marriages, burdens on raising children, and general disruption to family life. And the family unit is an important source of social support.

You can see this in stories from my book — the GE guy who’s on the road all the time and never sees his kids until he finally decides to quit. So she coined the term “social pollution,” and I think it’s a wonderful term.

Companies should care about what they are doing to the social environment, not just the physical environment.