Is Burnout a Form of Depression? 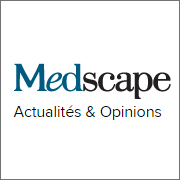 The Keys to Differentiating Burnout and Depression

The issue of physician burnout has gained considerable attention in recent years, as research continues to map its underlying causes and resulting impact. Yet even as we begin to understand more about this crisis in our profession, we still stumble when it comes to differentiating burnout from depression.
The fact that burnout and depression are often conflated is understandable, given the conceptual overlap that exists between them. Someone can have milder forms of the work-association reaction that is burnout without having the medical condition of clinical depression. Differentiating between the two requires the use of appropriate terminology for both work and clinical settings that is acceptable to stakeholders and effective in making needed assessments and interventions.
It has been proposed that burnout is a depressive disorder in the work setting, but this phraseology confounds decades of research on major depression’s effect on productivity, absenteeism, and presenteeism in the workplace, which made no attribution of cause.
Burnout has been talked about more openly in healthcare work settings, where the term has demonstrated utility in guiding personal and organizational interventions shown to improve physician well-being.
In a review of 92 studies of the burnout/depression overlap, Bianchi and colleagues reported that « the distinction between burnout and depression is conceptually fragile. » They returned to observations from a 1974 article by Freudenberger, who coined the term « burnout, » in which it was said that « the person looks, seems and acts depressed. » However, we know that people can have the symptom depression (« little d ») as part of normal reactions to difficult experiences. The symptom depression by itself does not define the clinical syndrome of major depression (« big D »).
In Bianchi and colleagues’ review article, a conundrum is put forth: « The idea that burnout is, in its early stages, job-related and situation-specific whereas depression is context-free and pervasive says nothing about what distinguishes the late stages of burnout from depression, leaving a key problem unresolved. »
The first episode of major depression is more commonly associated with a life stressor than are subsequent recurrences, which can occur without a clear external precipitant.
One is diagnosed with a major depressive episode if he or she has five of the following nine symptoms, and at least one of the symptoms is either (1) depressed mood most of the day, nearly every day or (2) markedly diminished interest or pleasure; then (3) significant weight loss or gain, (4) insomnia or hypersomnia, (5) psychomotor agitation or retardation, (6) fatigue or loss of energy, (7) feelings of worthlessness or inappropriate guilt, (8) diminished ability to think or concentrate or indecisiveness, and (9) recurrent thoughts of death or suicidal ideation.
Lire la suite ainsi que les notes sur le site Medscape : www.medscape.com