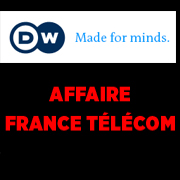 A trial now under way in Paris illustrates the pain of privatization for many employees of a formerly state-run company.

Prosecutors have charged executives at the biggest telecom company in France with what’s called « moral harassment. » Labor advocates say the work environment was so hostile, it was the reason for a spate of suicides among workers. Jake Cigainero has the story from Paris.