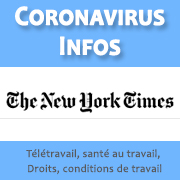 PARIS — Business is booming at Amazon. With a third of the global population now under stay-at-home orders, stir-crazy shoppers have flooded to the site of the world’s largest retailer, to stream, to download and to place orders for everything from coffee makers to toilet paper. The boost has sent Amazon’s share price soaring by more than 40 percent over the past month — and in the process, fattened the pockets of the company’s founder and chief executive, Jeff Bezos, now worth about $140 billion.

But from Staten Island to Piacenza, Italy, amid the constant churn at Amazon’s warehouses, employees have raised concerns over what that means for their health and safety. These questions tend to be the basic ones that one might expect for an employer asking workers to show up during a deadly pandemic: Is there proper protective equipment? Is the job site clean? And are there adequate social-distancing measures in place? Amazon insists the answer is yes to all of the above, though many employees and their unions still insist there’s more work to be done.

But while safety concerns may stretch through Amazon’s sprawling global network of fulfillment centers, arguably nowhere has the company faced more pushback than in France, a country with a long history of worker protest and relatively pro-employee laws. That showdown offers insights that extend well beyond French borders.

As early as March 17, the day France’s national lockdown took effect, Amazon warehouse workers held protests and strikes. The unions that represent them railed against a lack of hand sanitizer and risks of overcrowding, and more than 200 of the company’s roughly 10,000 warehouse employees gave formal notice that they were refusing to work in unsafe conditions. Amid the outcry, national labor inspectors ordered Amazon to address safety hazards found at several of the company’s warehouses.

Then two weeks ago, in response to a separate union complaint, a judge in a Parisian suburb found Amazon still hadn’t done enough to protect workplace safety and ordered the company to limit warehouse activity to certain essential items — food, and hygiene and medical products — until it developed improved health and safety measures with labor unions. Noncompliance would come with a stiff penalty: a 1 million euro (about $1.08 million) fine per day and per violation.

At first, Amazon screamed bloody murder. The ruling was too complex to obey, the company said, before filing an appeal and announcing it would suspend activity at all of its French warehouses until further notice. The head of Amazon in France embarked on a media blitz to defend company safety practices, saying that only a small number of salaried workers were actually participating in the strikes and suggesting that overzealous unions were harming consumers.